The design is based around the Microchip ® PIC18F4550 due to it’s built-in USB support, it’s low component count needed to enable said USB support, and it’s high pin count, leaving plenty of room for any features and improvements that may need to be added in the future.

While there are a few designs out there which provide similar function, they are LCD based, meaning you need to manually copy the data down by hand.

With SSPTalker, you simply click a .bat file in Windows (or use the SSPTalker UI) and the data is copied to a file. 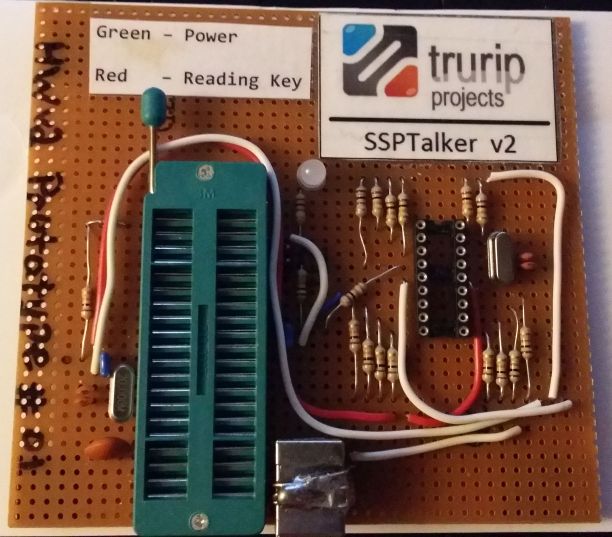 Hand built prototype #1 – CPU was reused in the final unit 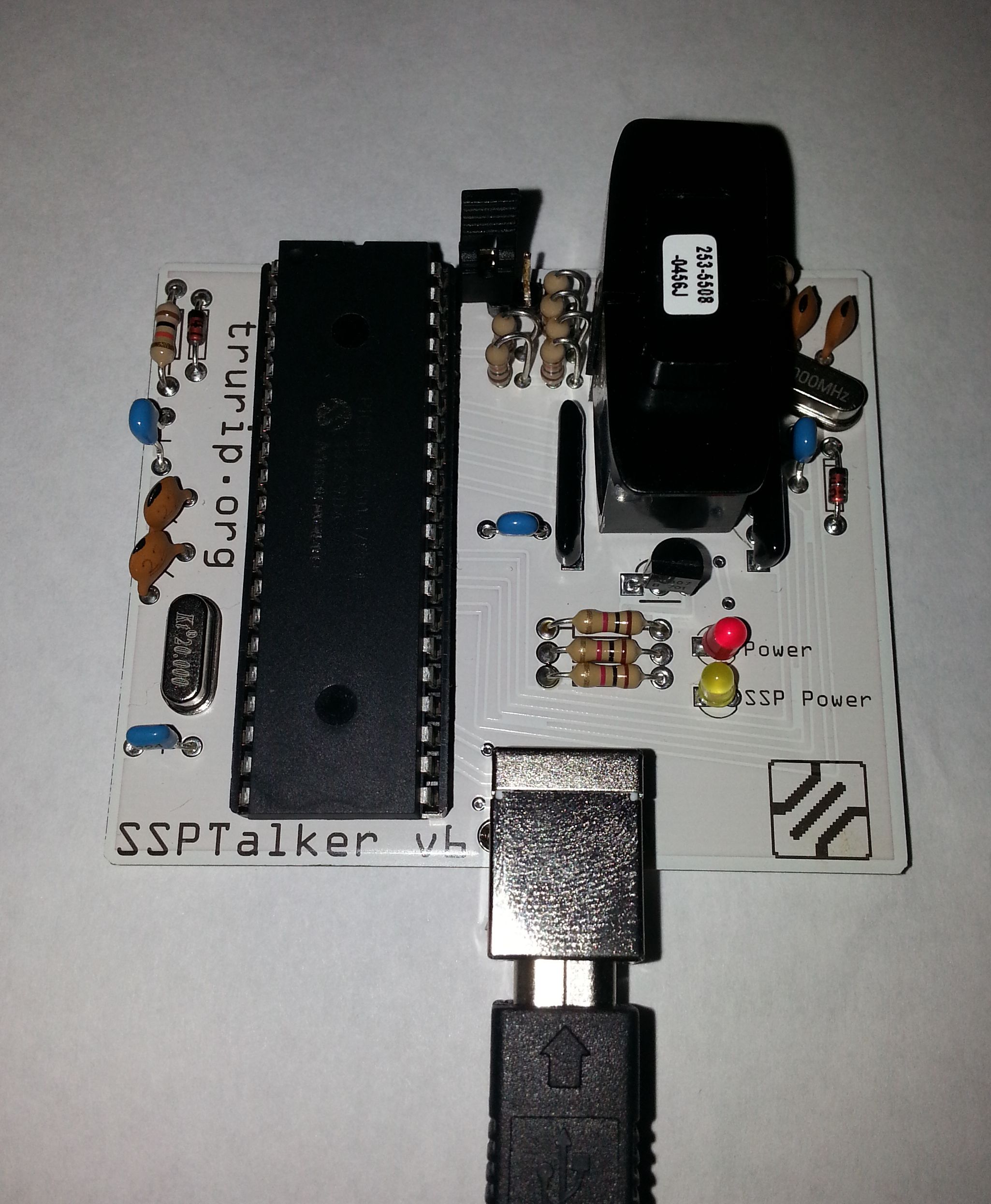 Final Revision of the Classic Unit

It includes a custom ChipID feature that is capable of identifying the Security Chip that is being read, and will identify which software this key will work with.

Changed my mind. added .hex reading. but it will only read *our* hex files. modded files wont work
if the offsets in the hex change.

25 Nov 2013
v0.6.1
– Fixed small bug in ChipID due to format change in ChipID Database
– The DB now supports multiple titles that use the same security chip

14 Dec 2013
v0.6.6
– fixed annoying error in hex file checksum routine. the decimal to binary
function wasnt pre-padding to 8 binary digits, so made it do it myself.
It has to be 8 because the checksum routine expects 8 digits for calculating
the checksum. (checksum is all hex # added up, converted to binary,
bit flipped (1=0;0=1), binary to decimal, add 1, MOD 256,
convert to hex. dont forget to pad to 2 digits [eg. 07 instead of 7])

23 Dec 2013
v0.6.8
– only PIC16F628A are marked as bootlegs since the original chips didnt have a device id
– removed duplicate chipid.csv entries

v0.7.0
– updated commands for new v7 firmware from truong
– updated version to 0.7.0 to reflect new firmware
– added code to work with new ssptalker .exe and firmware
to burn chips from .paf/.vpaf/.hex or from last read chip
– added code to read unprotected chip to a .hex file

Downloads Page (No files are available for this project)

The Chihiro, Naomi and Triforce trademarks are the property of their respective companies.